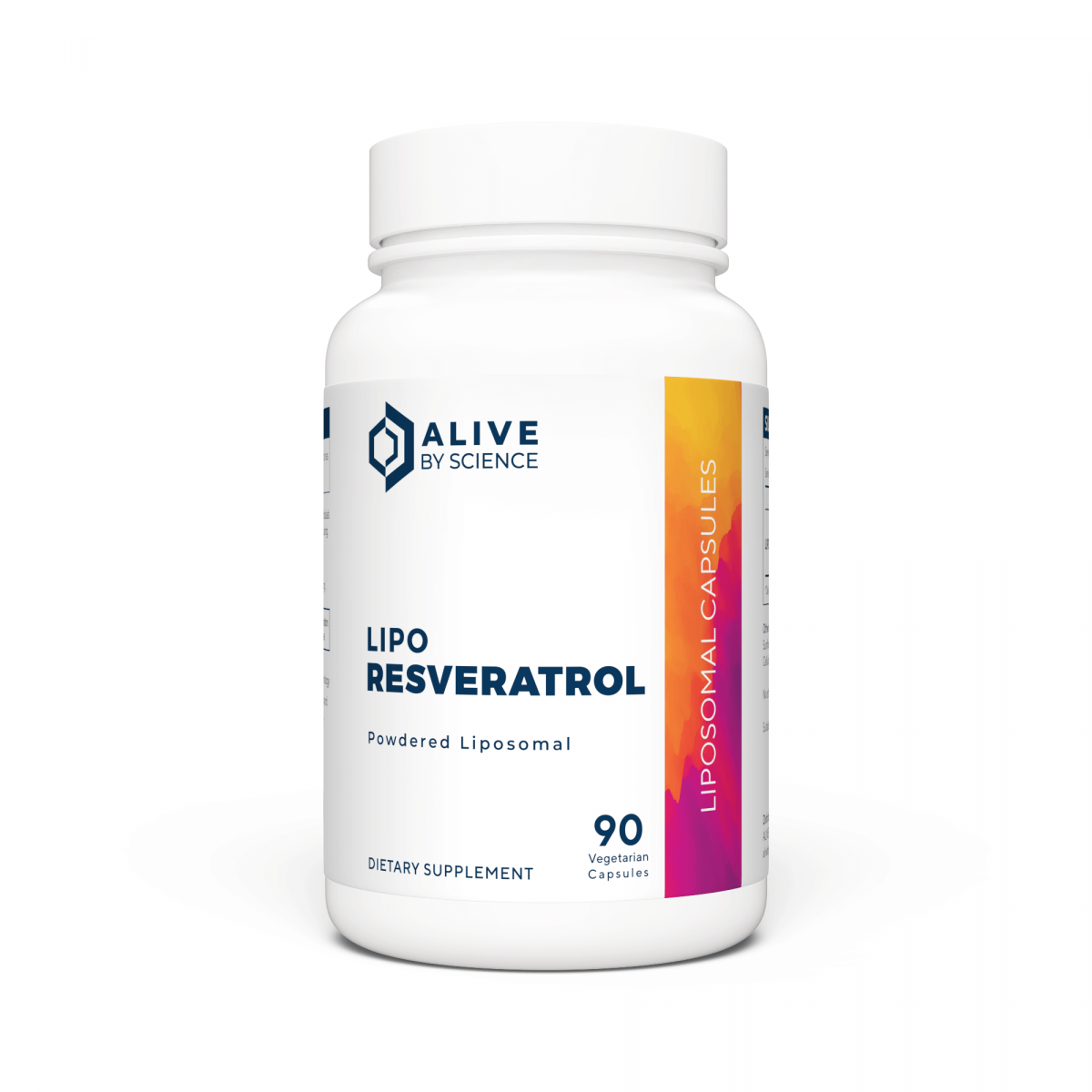 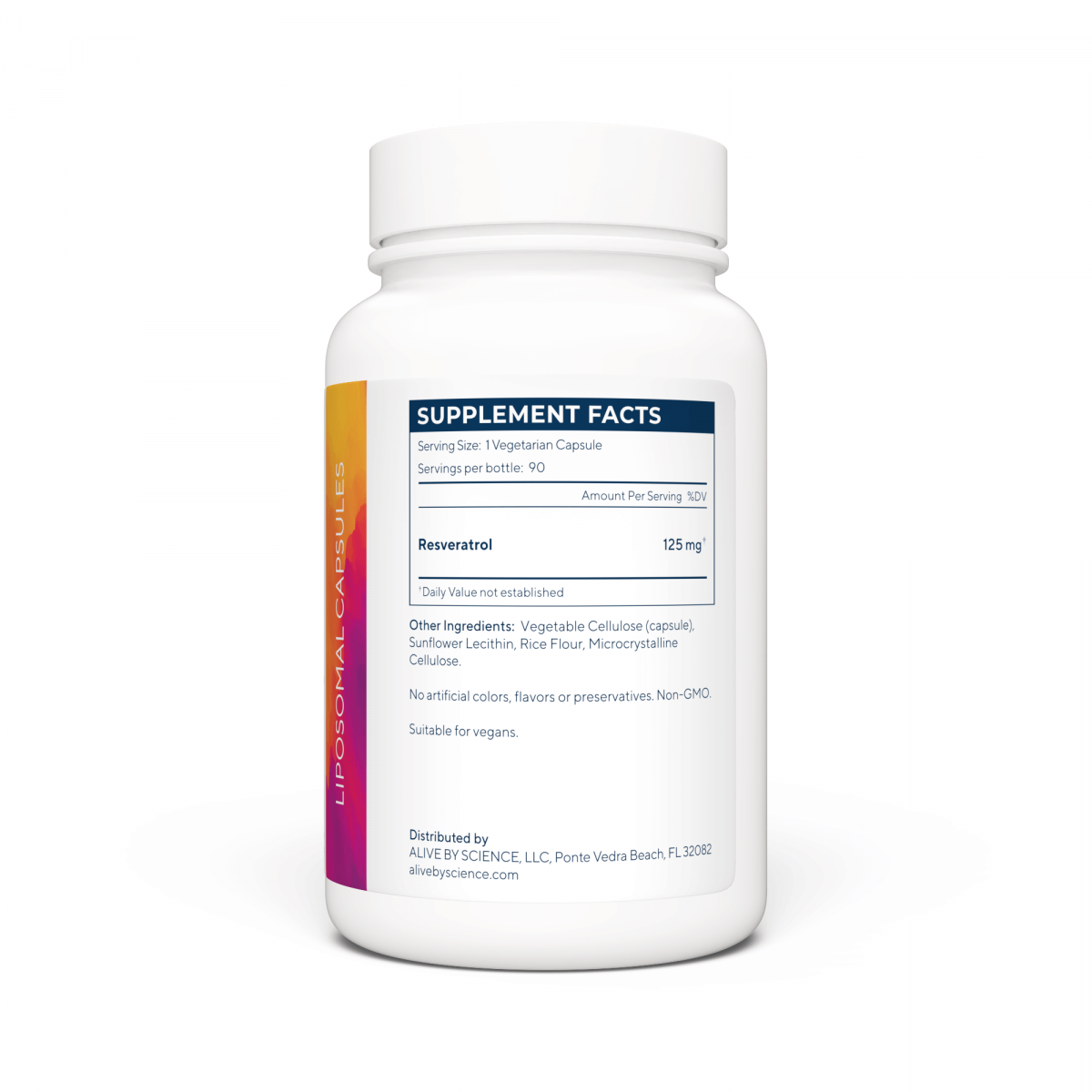 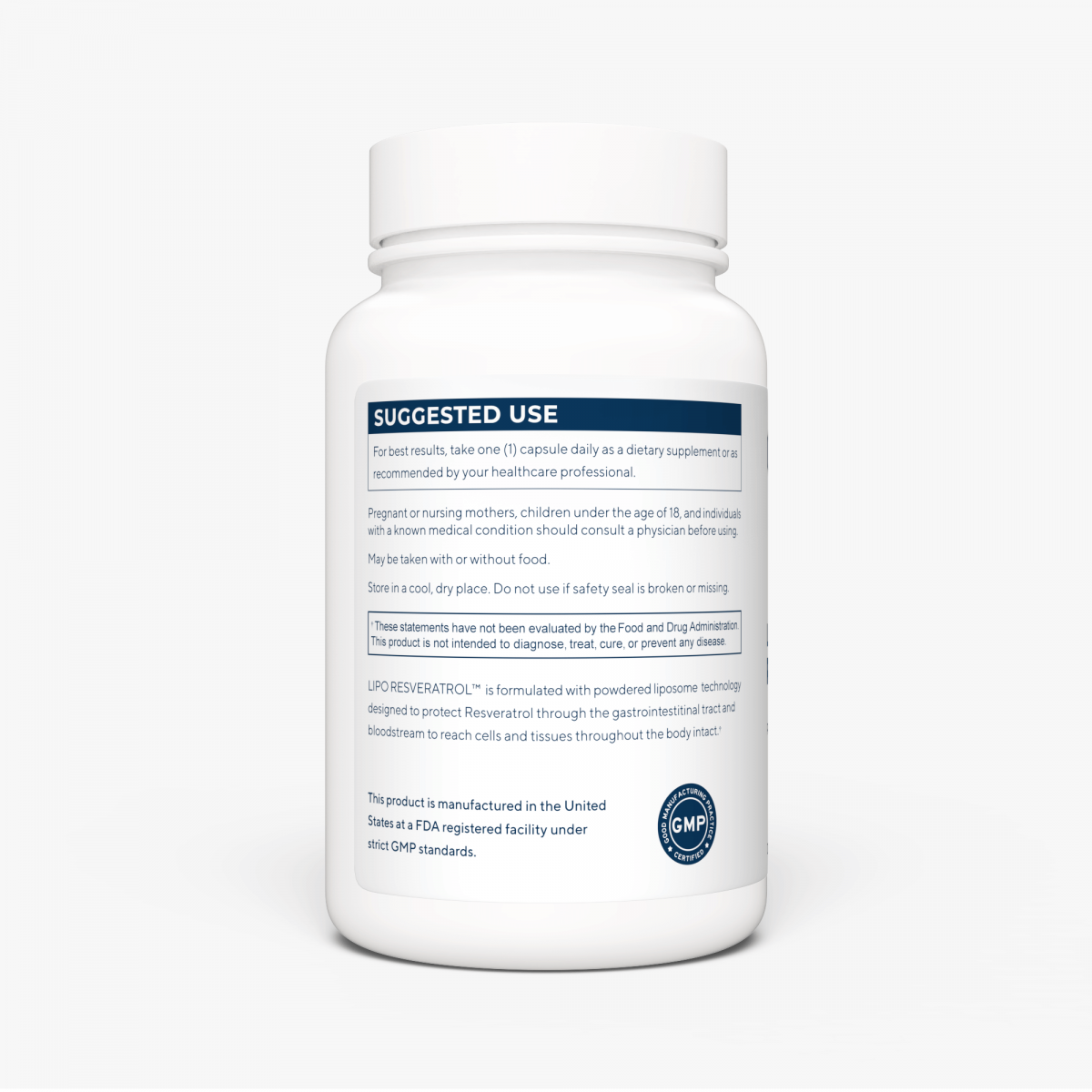 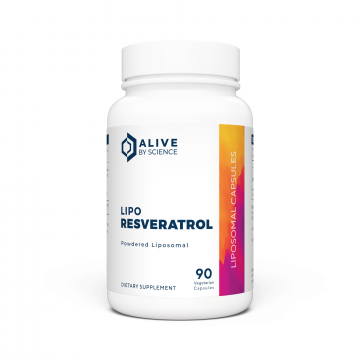 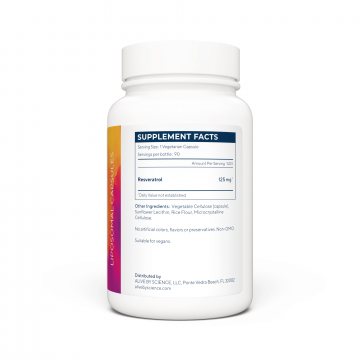 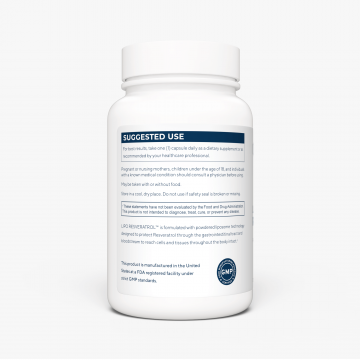 Our process encapsulates and delivers Resveratrol intracellularly in its complete form where it can be absorbed and utilised rather than being destroyed in the stomach.

Resveratrol provides a powerhouse of antioxidant & anti-inflammatory benefits in this bioavailable liposomal capsule. Resveratrol has shown great promise in clinical studies and is part of a group of compounds called polyphenols, which act as antioxidants to protect the body against age-related conditions.

Resveratrol is known to have poor bioavailability. In clinical studies, when resveratrol is taken orally, less than 1% of it makes it into the bloodstream, as it is rapidly and extensively metabolised in the intestines and liver. (Source)

Liposomal delivery is the ultimate solution as it greatly increases the bioavailability of the compounds, enabling a much higher percentage to make it into the bloodstream intact.

Our liposomes are made from natural phospholipid molecules which protect the resveratrol, with a peak particle size of less than 50 nm (nanometers).


A variety of plants produce resveratrol as a protective response when dealing with a lack of nutrients, drought, UV radiation or to fend off bacteria, fungi and microbes. It’s prevalent in red and purple grapes, blueberries, raspberries, mulberries, peanuts and pistachios.

Antioxidants are molecules that work to fight free radicals, which are compounds that are harmful to the body when there are excessive amounts. Polyphenols play a vital role in longevity and cellular health and survival by protecting the body’s tissues against oxidative stress, inflammation and age-related illnesses. (Source)

In preclinical studies, it’s been shown to be involved in a variety of biological activities, which are relevant to the prevention and treatment of numerous diseases related to ageing. In studies, resveratrol has increased the lifespan of fish, fruit flies, worms, yeast and mice which were fed a high-calorie diet. It is not well-established whether or not resveratrol has the same effects on humans.

Arthritic conditions, joint pain and mobility issues are common ageing-related problems. In one study, resveratrol was injected into the knee joints of rabbits with arthritis, and it was shown to have a protective impact on the knee joints and those rabbits suffered less damage to their cartilage. (Source)

The phospholipid molecule consists of a hydrophilic phosphate head and two hydrophobic fatty acid tails. These features enable liposomes to be the carriers of hydrophobic and hydrophilic compounds.

Due to low absorption and bioavailability rates of traditional oral dietary capsules, the encapsulation of hydrophilic and hydrophobic nutrients within liposomes allows the active ingredient to bypass the destructive elements of the gastric system.

To release the protected molecules to a site of action, the lipid bilayer fuses with other bilayers such as the cell membrane, delivering the liposome contents directly into the cells and tissues intact.

Our liposomes encapsulate NMN and NAD+ into nanometer sized vesicles – between 20-40 nm – to protect it from denaturation.

Our LSG delivery system protects the full functionality of NMN and NAD+.

NMN or NAD+ engulfed in liposomes protects it from degradation, providing its unmetabolized form directly to cells and tissues.

Once ordered and payment has been received, your item(s) will be dispatched within two working days from a distribution center in Europe. You will receive an email with your tracking information.

Standard tracked delivery by DHL or GLS is available to the following countries: